The U.S. Securities and Exchange Commission (SEC) proposed mandating publicly traded companies to report details about their greenhouse gas emissions and their carbon footprint alongside their regular financials and risk disclosures. Companies with Scope 3 emissions, which are the emissions generated by their suppliers and customers, would also be required to disclose whether these emissions are material considerations for investors.

In Europe, the European Commission released an outline of a plan to make Europe independent of Russian fossil fuels before 2030. Coined REPowerEU, the plan addresses rising energy prices and offers steps to replenish gas stocks within the year. Through resource diversification, the EU demand for Russian gas should decrease by two-thirds in 2022. In the United States, the recently announced CHARGE Act enforces forward-looking transmission planning in a bid to lower energy prices.

The United Nations forecasted up to a 20% rise in international food and feed prices, which it says would lead to an increase in global malnourishment.1 The Food and Agricultural Organization (FAO) expressed concern about Ukraine’s ability to harvest crops and the prospects for Russian exports in the near term. Together, Russia and Ukraine account for more than one-third of global cereal exports.2 Adding to concerns about global food inflation, fertilizer prices are up 43%, with Russia being the world’s largest fertilizer exporter and natural gas being a key component of production.3 The United States is attempting to mitigate the price spike by collaborating with G7 countries to strengthen global food supply chains.

EVs More in Demand Than Ever

Car manufacturers are doubling down on their commitments to electrification at a time when rising gas prices present a unique opportunity for the electric vehicle (EV) push. With Tesla’s 2.4 million-square-foot Berlin Gigafactory now fully operational, the company began assembly in one of their most critical markets.4 Tesla announced plans to build 500,000 electric vehicles a year in Europe, where they proposed an effective ban on the sale of new petrol and diesel cars from 2035.5,6

In addition, collaborations within the EV space continue to form. Automaker Stellantis revealed plans to build a battery plant with LG Energy Solution in Canada, aiming to produce up to 45 GWh annually.7 Auto giants Volkswagen and Ford extended their partnership. Volkswagen will provide EV architecture for a second Ford model in Europe. With this added support, Ford doubled EV production estimates for 2023–2029 to 1.2 million.8 Honda and Sony intend to form a new company that manufactures cutting-edge battery electrics paired with mobility services.

Not an Option, a Necessity

With Russian cyberattacks a persistent threat, the Biden Administration emphasized the need for private sector and critical infrastructure owners and operators to join the federal government in making cybersecurity a nationwide effort. A new law requires companies to notify the Cybersecurity and Infrastructure Security Agency (CISA) about any attacks within 72 hours of discovery and about paying ransom to hackers within 24 hours of payment.9 The CISA will also team up with specific departments on cybersecurity measures. For example, it joined the Department of Health and Human Services (HHS) to introduce the Healthcare Cybersecurity Act, which aims to protect against data breaches and avoid increased healthcare delivery costs. Similarly, the EU is implementing a framework that includes a new inter-institutional Cybersecurity Board and a Computer Emergency Response Team (CERT-EU).

Drug Approvals on the Fast Track

The House Committee on Energy and Commerce unveiled the Accelerated Approval Integrity Act to certify that drugs approved through the Food and Drug Administration’s (FDA) accelerated approval pathway provide a real clinical benefit to patients. The new review process would remove products from circulation that lack evidence of effectiveness. The bill also offers the FDA numerous resources to follow up quickly on medicines that receive accelerated approval. The bill is positive for drugs designed to treat rarer diseases, including certain types of cancers, as accelerated approval helps the drugs reach patients sooner.

Nvidia is banking on automotive as their next multibillion-dollar business. The company unveiled an updated autonomous driving platform, historically a small segment of its business, and announced a massive $11 billion order for its auto technology pipeline over the next six years.10 At Nvidia GTC, the company’s annual developer conference, Nvidia estimated the potential market for auto-related technology services at $300 billion.11 Nvidia already signed contracts with major car manufacturers, including Lucid, BYD, Mercedes-Benz, and Jaguar/Land Rover. Another semiconductor giant, Intel, invested an initial €33 billion for semiconductor research and development, as well as manufacturing, in the EU. Construction is expected to begin in early 2023 with production capabilities to commence in 2027.12 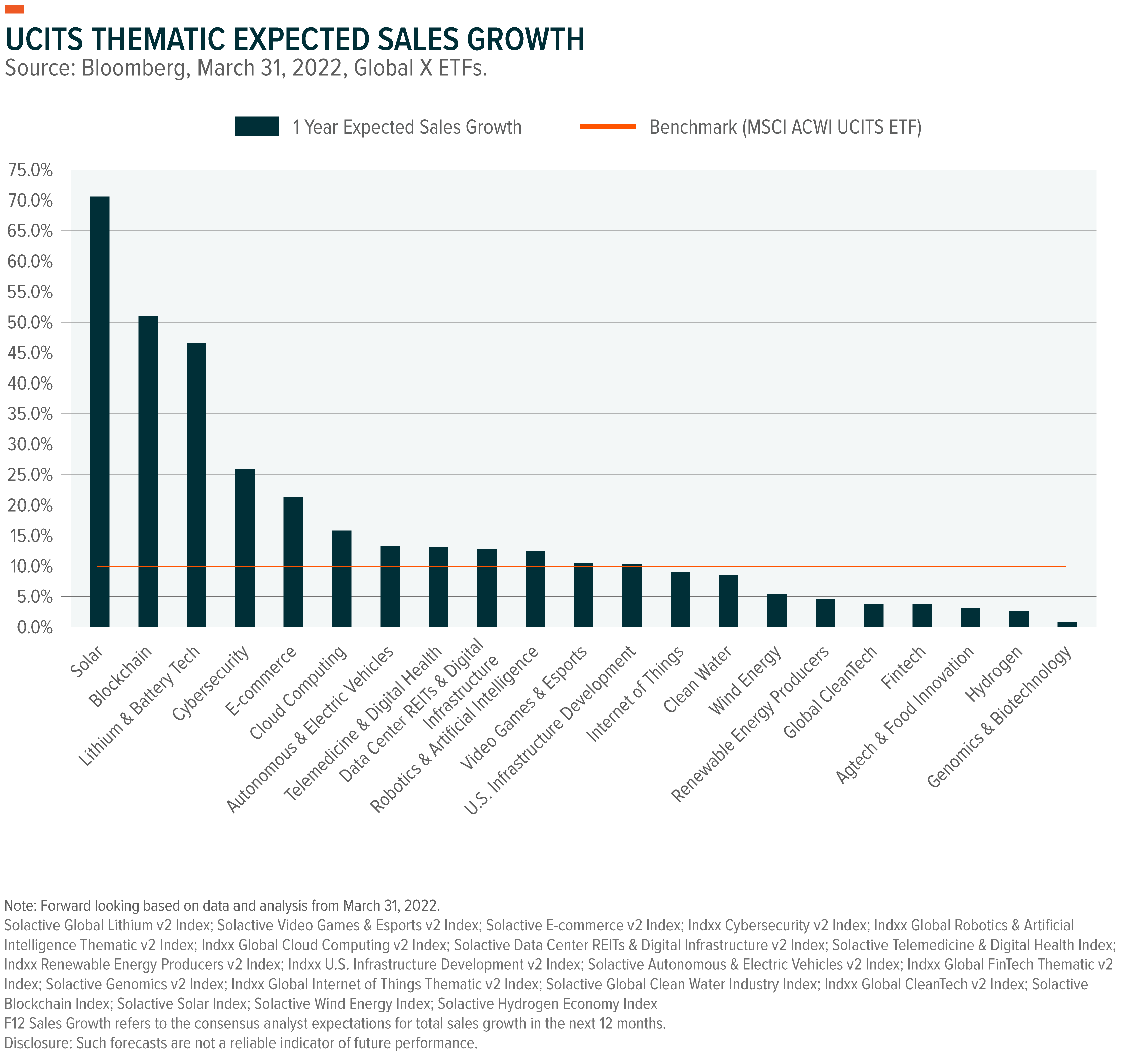 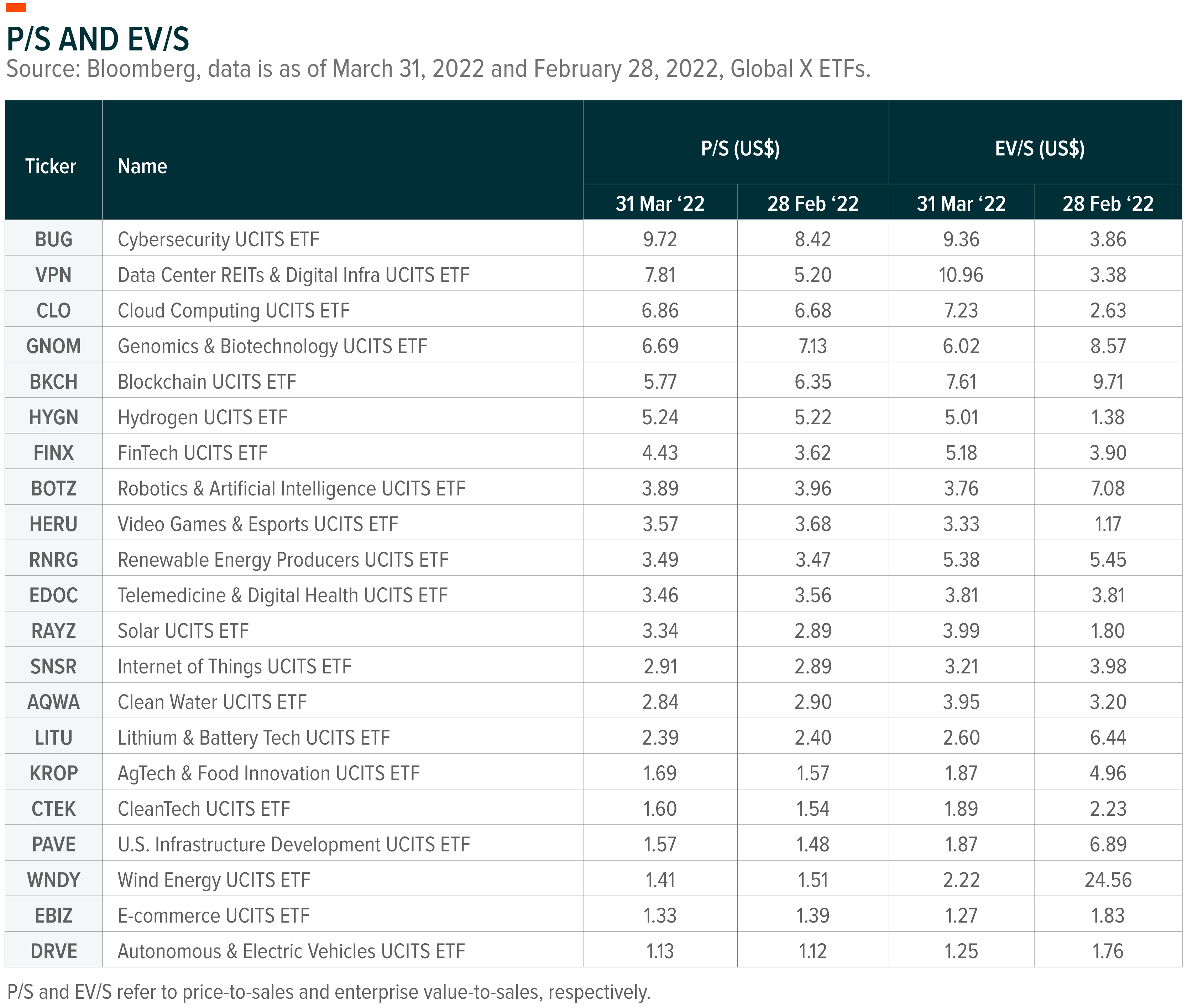 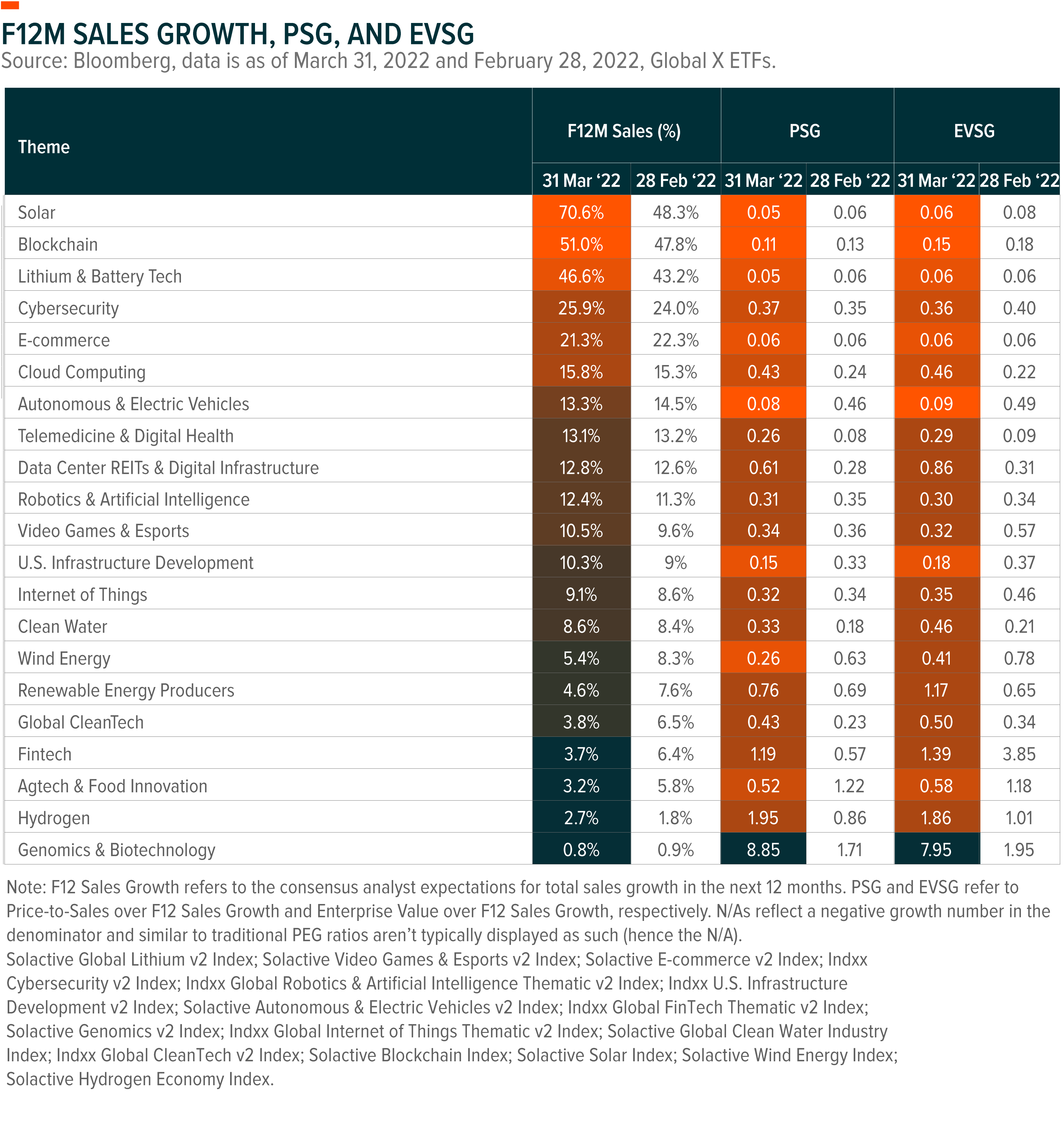