The U.S. Department of Energy (DOE) released notices of intent to provide $2.91 billion to help ramp up production of advanced batteries.1 The DOE views batteries for electric vehicles (EVs) and clean energy storage as critical to establish clean energy industries in the near future. As EV demand rises while macro events such as the Russia-Ukraine increase commodity prices and thus battery prices, funding from government and private sector entities may help facilitate battery recycling efforts. With securing lithium supply a priority for EV manufacturers, Stellantis may have gained an upper hand through its agreement with Controlled Thermal Resources Ltd. In California for up to 25,000 metric tons of lithium hydroxide per year over the next 10 years.2

The New York State Legislature approved tax credits for up to $10 billion in hopes of attracting semiconductor chip manufacturers to the state.3 The tax credits would be available for up to 20 years and qualify for any green semiconductor chip plant.4 Similarly, U.S. Senate Finance Committee members want a semiconductor tax credit as part of a bill to increase the U.S.’ competitiveness against China. The bill would dedicate more than $50 billion for semiconductor manufacturing and research and development.5 The U.S. and EU announced a joint effort to avoid a “subsidy race” as the two countries try to boost semiconductor chip production. This transatlantic approach is aimed at securing supply and jointly encouraging chip investment.

The Virtual Realm May Become a Key to Economic Stability

The metaverse shows more potential than ever. Meta Platforms, via joint research with the Analysis Group, estimates that the metaverse can contribute $3 trillion, or 2.8%, to global GDP by 2031.6 Notably, the metaverse could contribute $40 billion to sub-Saharan Africa’s emerging economy.7 Increasingly, sectors recognize that the metaverse is akin to the shift to mobile devices and social media with regards to brand exposure. Examples of retailers working to integrate the metaverse in their business include high-end brands such as Gucci’s virtual handbag on Roblox, Louis Vuitton’s virtual game, and Dior’s virtual Atelier of Dreams using mixed reality. Elsewhere, Meta partnered with the Tribeca Film Festival to screen 20 short films for free on the Quest VR Headset.8 Also, Apple is working to update its iOS in preparation for mixed reality features, including their new AI-enhanced lock screen, widgets, subtle notifications, focus filters, 3D sounds, and Siri updates.

Cybersecurity mergers and acquisitions (M&A) are at an all-time high as companies seek to integrate technologies in new security verticals and move away from being niche solution providers. M&A increased a robust 26.3% year-over-year (YoY) in Q1 2022, driven by digital shifts catalyzed by the COVID-19 pandemic, high-profile breaches that garnered investments from the government and enterprise level, and overall talent acquisition.9 While deal values were more impressive in Q1 2021, the number of deals increased in Q1 2022. A prime example of M&A activity comes from IBM’s recent acquisition of Randori, an offensive security startup. Randori specializes in attack surface management (ASM), which became a necessity following the pandemic as organizations of all sizes transitioned to hybrid cloud environments and exposed themselves to increased attacks.

Apple made headlines with their in-house buy now, pay later (BNPL) service, Apple Pay Later. The new feature in the company’s payment platform will mimic other BNPL services by allowing users to split purchases into separate payments. As an add-on to Apply Pay, Apply Pay Later will be supported in different apps and services. Though initially posing as a threat to traditional BNPL companies such as Affirm, the exposure from Apple can help drive mass consumer adoption of BNPL without detracting from merchant-led business practices of companies like Affirm. Affirm relies on direct integration with merchant systems, giving consumers fraud prevention and online store integration. This model can also create brand loyalty among consumers. Additionally, like credit cards, we expect users will be inclined to use more than one BNPL company.

Electric vehicle (EV) producers continue to exceed expectations. Through May, Ford’s EV sales were up 222% from the same time last year.10 Much of this increase can be attributed to the success of the Mustang Mach E, whose May sales increased 166% from last year, a monthly record despite facing production setbacks. Notable is that the Mach E’s main competitor is the Tesla Model Y.11 In the U.K., Fiat announced their lineup would consist of only EVs and hybrids starting July 2022. This commitment is in line with the company’s goal of offering only EVs globally by the end of the decade. In Asia, Chinese officials are in talks with automakers to extend subsidies for EVs that were set to expire this year. Specifically, Beijing announced plans to offer subsidies up to 10,000 yuan (USD $1,499) to consumers purchasing new energy vehicles to replace older cars by the end of 2022.12 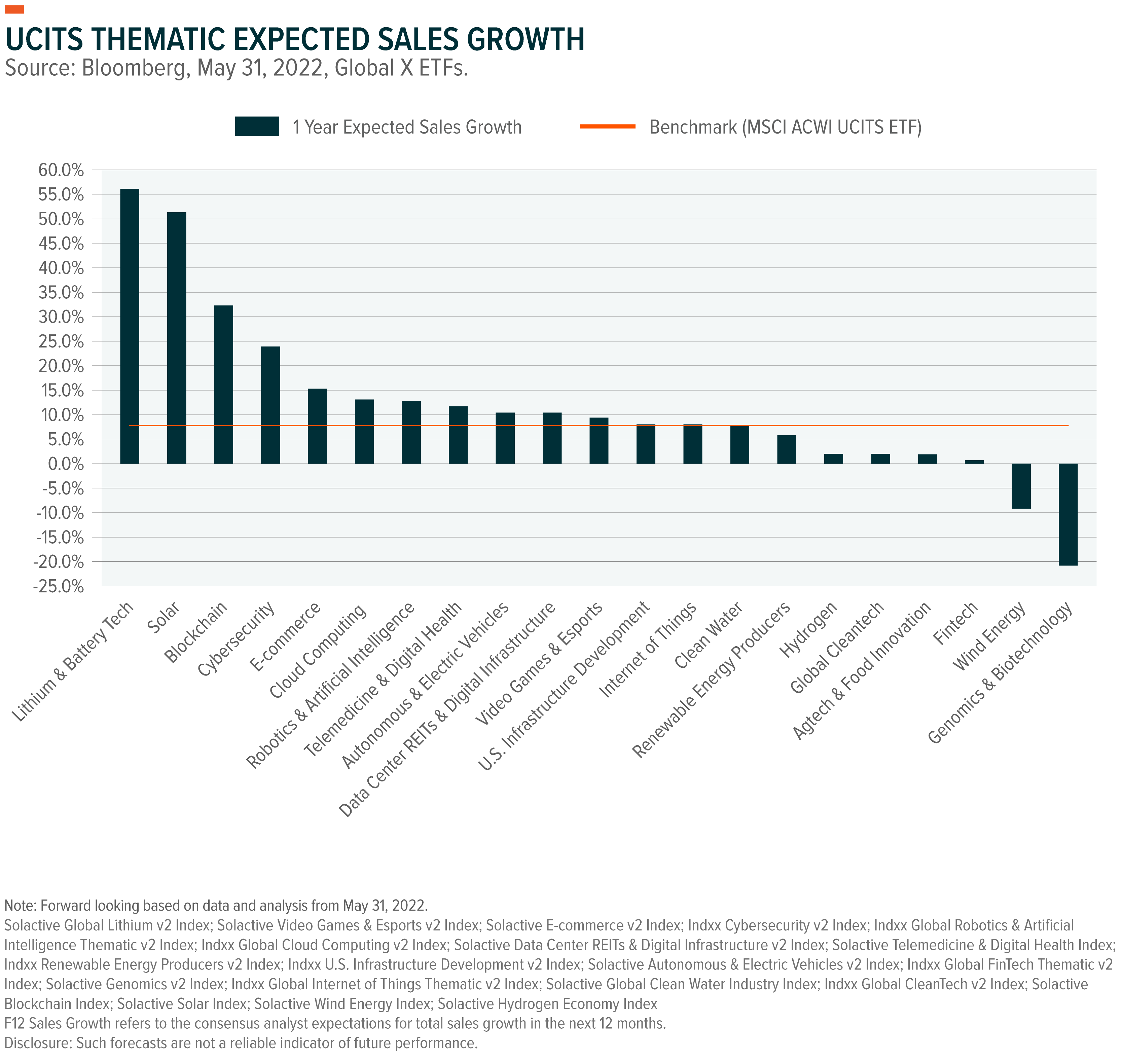 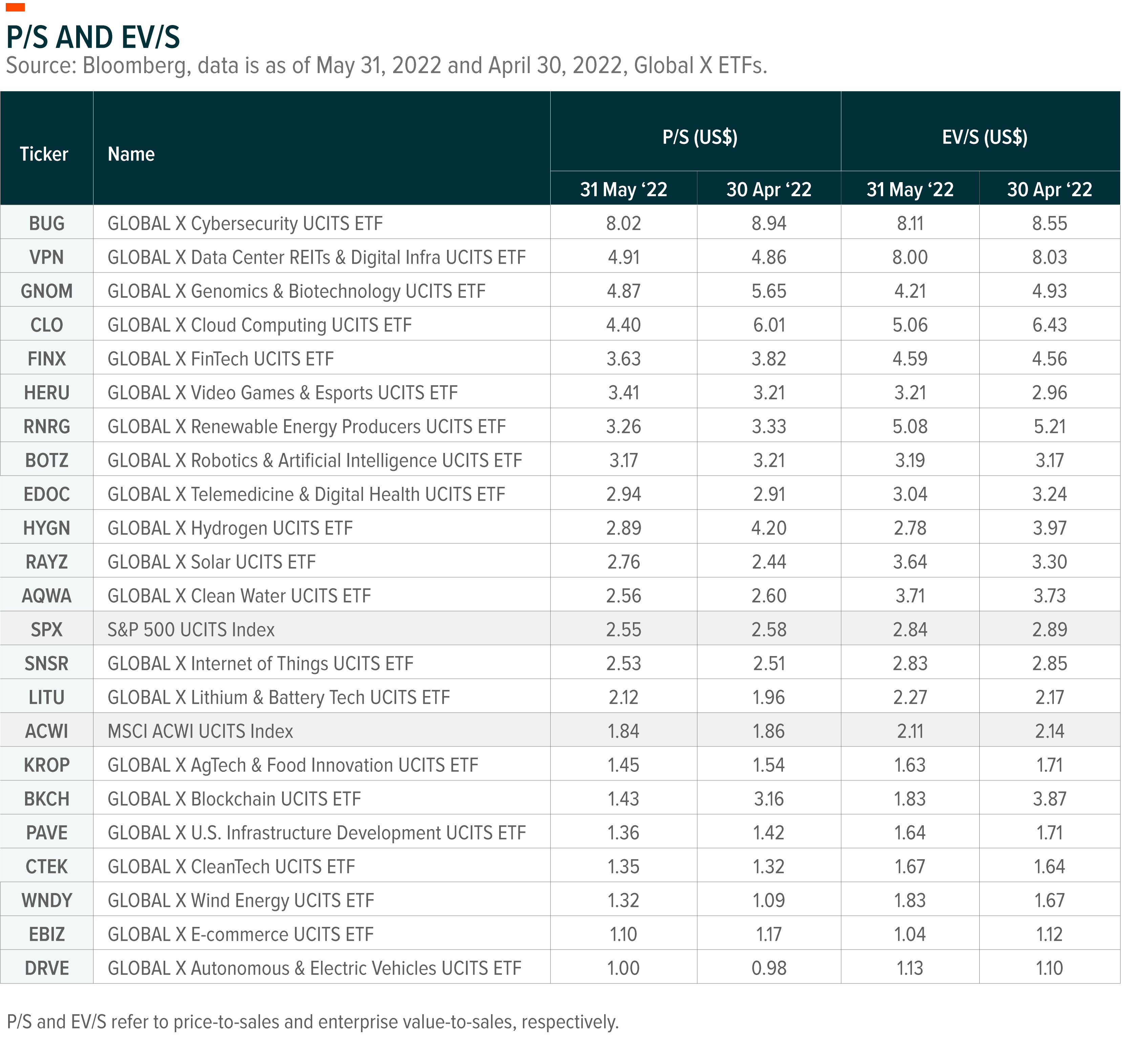 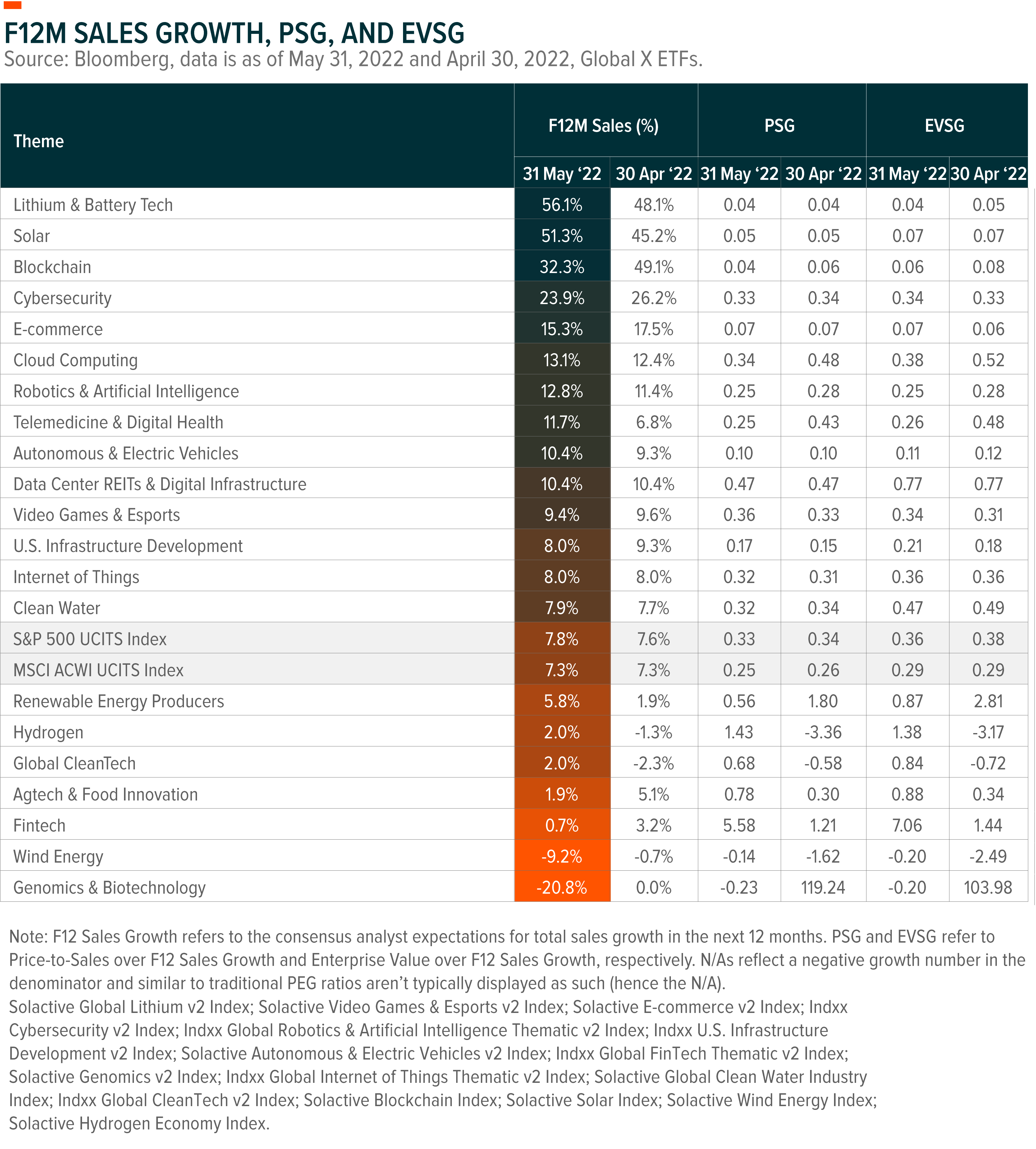